COVID-19 Theater Presents Frank and Jo in "Stop Doing That" 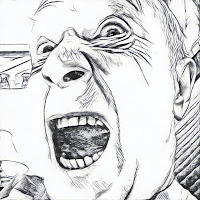 Frank and Jo are sitting quietly at the table after having finished their meal.

Jo: That thing you're doing.

Frank: I'm not doing anything.

Jo: I hear you doing something.

Jo: Over and over.

Frank: All I'm doing over and over is talking. Because you keep telling me to stop doing something and I have to explain that I'm not doing anything. Except talking.

Jo: No, it's not your talking

Frank: Breathing? You want me to stop breathing?

Frank: Is it this?

Jo: That's it. What are you doing?

Frank: Kinda scratching the leg of my jeans with my fingernail.

Jo: So, that's what you've been doing?

Frank: Scratching the leg of my jeans with my fingernail isn't doing anything.

Jo: Obviously, it is.

Frank: No. Scratching the leg of my jeans with my fingernail is what I do when I'm not doing anything. Like right now.

Jo: Well, please stop doing that thing you do when you're not doing anything. 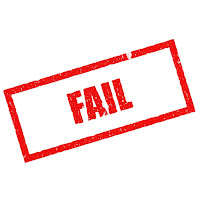 The plan to fool my wife into thinking it was snowing on the morning of April 1 failed. And it's my own fault.

In the world of humor, we must be wary of the sin of Going to the Well Too Often. There are one-liners. (I just flew in from Vegas and, boy, are my arms tired.) A lot of jokes rely on "triples." (A priest, a minister, and a rabbi walk into a bar. Et cetera.)

But the comedy world does not recognize the "sixteen-tuplet." You can't tell your wife it's snowing on the morning of every April Fool's Day for 16 years in a row without expecting that, eventually, she's gonna catch on.

I woke up waaay before Jo, about 6:00 a.m. My plan was to get up when she did, hurry to the dining room, make a  big to-do out of raising the shades and call out "Wowee, it's snowing!"

So I waited an hour (and a delightful hour it was, envisioning the hijinks that loomed ahead) until Jo woke. When she started to get up, I jumped out of bed so as to spring my trap

That's where I went wrong. Like I said, I "jumped out of bed," but "jumping out of bed" is not a behavior for which I am noted. The last time I jumped out of bed, people were screaming "Reveille! Reveille! Drop your cocks and put on your socks!"

So, as I was racing past Jo in the hallway (There's another red flag: "I was racing." Anyone who has known me for longer than, oh, five minutes, knows that speed is not a Frank Mullen Core Value), Jo said, with a disturbing tone of self-satisfaction,


"Gee, do you think it's snowing this morning?"

Okay, so she finally figured it out. That doesn't mean I'm quitting; I just need to be more clever. So far, I've never had to resort to devices or gimmicks, but I think that Jo may have a bit of fake dog poop in her future.

Tomorrow, April Fool's Day, I will, once again, force my marriage a little closer to the point of irreparable damage.

When Jo was a kid, her mother would wake her and her brother every April 1 by hollering, "It's snowing! It's snowing!" Jo and David would jump out of beds, run to their windows and see a typical spring morning.

I've never been sure exactly why this was funny. But, to honor the memory of her mother, I do it to Jo every April.

And she hates it. She reeeally hates it.

But it's a tradition. Tomorrow morning, I'll get up before Jo does, open the dining room curtains and wait for her to wake up. Because the dark curtains in the bedroom will be closed, she won't notice the sunny morning outside.

After Jo comes out of the bedroom, she may stop to visit the bathroom or she may walk straight down the hall to the dining room. My timing here is critical. I need to deliver my line (updated for a new century: "Holy shit, it's snowing!") just as she's about to enter the dining room, not so late that she can see out the window, but not so soon that she has the opportunity to think things over.

It is difficult to explain how much Jo hates this joke. I've pulled it on her every year since we moved into this house in 2002 and every year, she reacts a little more poorly. Originally, she wouldn't speak to me for a few hours after the event; more recently the cold silence has echoed through the house for the entire day. I have no idea what to expect this year, but if the ever-deteriorating trajectory continues, it'll be pretty bad..

The exercise of humor is not always gentle or risk-free. The humorist is a gambler. The response to his efforts can be merry and gay or lethal and unforgiving. Casualties are not uncommon.

But we do what we have to do.

"The Fall of Greenberg" 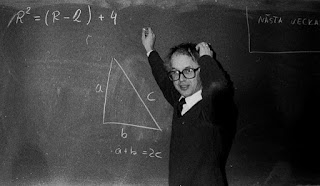 My short story "The Fall of Greenberg" has been published by Flash Fiction Magazine.

You can read it here.

Coming Soon: "The Fall of Greenberg."

Well, this is why we have editors. The editor of Flash Fiction Magazine did her job, I did mine and, as a result, The Fall of Greenberg is scheduled for publication soon. 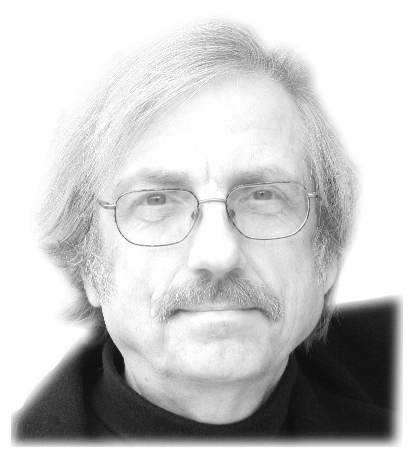 Frank has been published in

30 Seconds of Hardcore
Motivation for the
Procrastinating Writer

"Frank Mullen III's short humorous contributions have appeared in the Washington Post and the Chicago Tribune, his poetry has been read on NPR, and his exaggerated sense of self-importance has alienated him from his neighbors in rural Illinois."